A clear case of kairos. Like no other production by Gauthier Dance, The Dying Swans Project seems to have come at exactly the right time: born as an idea in January 2021 in response to the cancellation of the entire spring tour, funced a few days later thanks to support from the Daimler initiative ‘be a mover’ and international event partners, launched online on the Theaterhaus Stuttgart YouTube channel and in the 3sat media library – most recently presented in a live Instagram chat between Federal President Frank-Walter Steinmeier and Eric Gauthier.
Now the greatly anticipated phase 2 of the project can finally begin. Instead of simply performing selected solos at the festivals of the co-producing organisers, the stage is set for The Dying Swans Live Experience!

The stage show is inspired by the piece that gave the project its name: Michel Fokine's iconic solo The Dying Swan. The original will play an important part in many ‘respects’. After all, Gauthier aims at nothing less than a bow to ballet history – in a decidedly contemporary spirit. Therefore, not only will selected solos from The Dying Swans Project be shown, either live or on film, but a member of Gauthier Dance will also put on pointe shoes to bring the historic choreography to life on stage, in an adaptation by Eric Gauthier. In addition, Gauthier has solicited short video statements from famous ballerinas such as Polina Semionova and Diana Vishneva, telling what this piece means to them. The programme is complemented by documentary insights into the truly extraordinary rehearsal process. The evening will be hosted by Eric Gauthier as master of ceremonies and Dying Swan explainer.

Set up in October 2007, Gauthier Dance established itself in the German dance scene with record speed and has become an international brand. During the first years, the company's acclaim was based on their original, humorous bills that also attracted a big young audience. Today, the programme is every bit as accessible but offers a wider choice of styles and moods. In summer 2010, Gauthier Dance saw the successful world premiere of their first full-length piece, Christian Spuck´s Poppea//Poppea, which was included among the 10 top productions of the season 2009/10 by the British specialist magazine Dance Europe and earned Spuck the German Theatre Prize The Faust 2011. Two years later, the ‘German Academy Award’ once again went to a member of Gauthier Dance: Anna Süheyla Harms won THE FAUST 2013 as Best Performer Dance. The company has a reputation for breaking new ground. Following a stereoscopic version of Gauthier's choreography Threesome which was also screened as a supporting film to Wim Wenders' Pina and seen by more than 50,000 German arthouse cinemagoers, Gauthier Dance tackled an even more ambitious project: POPPEA//POPPEA became the first full-length dance piece to be turned into a 3D film and was broadcast on the French-German television channel arte in February 2014.

Parallel to its growing fame, Gauthier Dance has intensified collaborations with international star choreographers. Following the rave success of Mauro Bigonzetti's narrative ballet Alice the next full-length piece saw its world première in June 2016: Marco Goecke's exploration of the myth Nijinski – a ballet which was equally celebrated by critics and audiences and is widely regarded as another milestone in the company's development. Awards include a Premio Danza&Danza 2016 for Marco Goecke as Best Choreographer and for Rosario Guerra as Dancer of the Year plus a particularly gratifying distinction: In the Yearbook 2017, the readers of the German specialist magazine tanz voted NIJINSKI the first winner in the new category Favourite of the Year. In January 2019, the partnership between Theaterhaus and the world-famous choreographer was officially sealed when Marco Goecke became the company's first-ever Artist-in-Residence.

In March 2017, the company celebrated its first ten years with the anniversary programme BIG FAT TEN. The seasons since have been just as stacked with highlights. Following Grandes Dames, a tribute to the women of dance premiered in summer 2018, two major new productions marked the Gauthier Dance year 2019: Deuces, a bill of duets featuring eight world premieres by international star choreographers, as well as Classy Classics, the opener of the 3rd COLOURS International Dance Festival. In summer 2020, a smart, short-term swap in the production schedule saved the day for the company. On very short notice, artist-in-residence Marco Goecke agreed to bring forward the creation of his full-length piece Do You Love Gerswhin?, in compliance with all Corona-related hygiene requirements. Instead, the spectacular new programme Swan Lakes, featuring four new contemporary readings of the ballet classic by Marie Chouinard, Marco Goecke, Hofesh Shechter and Cayetano Soto will open the 4th COLOURS festival 2021.

In addition to the performances at its home base Theaterhaus Stuttgart, the company is busy touring to international dance cities including Toronto, New York, Tel Aviv, Moscow, St. Petersburg, Monaco, Québec City, Montréal, Berlin and Chicago.

What's more, Gauthier Dance undertakes an extensive Educational and Community Outreach programme, the first of its kind in Germany: Gauthier Dance Mobile. With a specially tailored repertory of works which can be presented in small spaces, the pioneering format brings contemporary dance to people who cannot come to the theatre themselves. Gauthier Dance Mobile performs at youth centres, hospitals or at old people's homes.

Theaterhaus Stuttgart, which opened its doors in 1985, is a unique cultural center which presents theatre, music, dance, cabaret, comedy, literature, political discussions and more on a total of four stages. Not only has Theaterhaus a long tradition of producing and presenting dance theatre; best known are the collaborations between Marcia Haydée and Ismail Ivo. It has also traditionally been and continues to be, a venue for the free-lance dance scene in Stuttgart. Gauthier Dance is the First Resident Contemporary Dance Company in Stuttgart.  A warm thank you to our sponsors Fashion- und Lifestylehaus Breuninger in Stuttgart, Luisa Cerano/Sporlastic and STIHL as well as to our supporters Kästner GmbH & Co. KG, the First Friends and Friends of Gauthier Dance, the Gerhard and Paul-Hermann Bauder Foundation, the Foundation Herbert Metzger und Anneliese Metzger-Nord as well as to the Hanns A. Pielenz Foundation and the Robert Pröbstl Foundation. 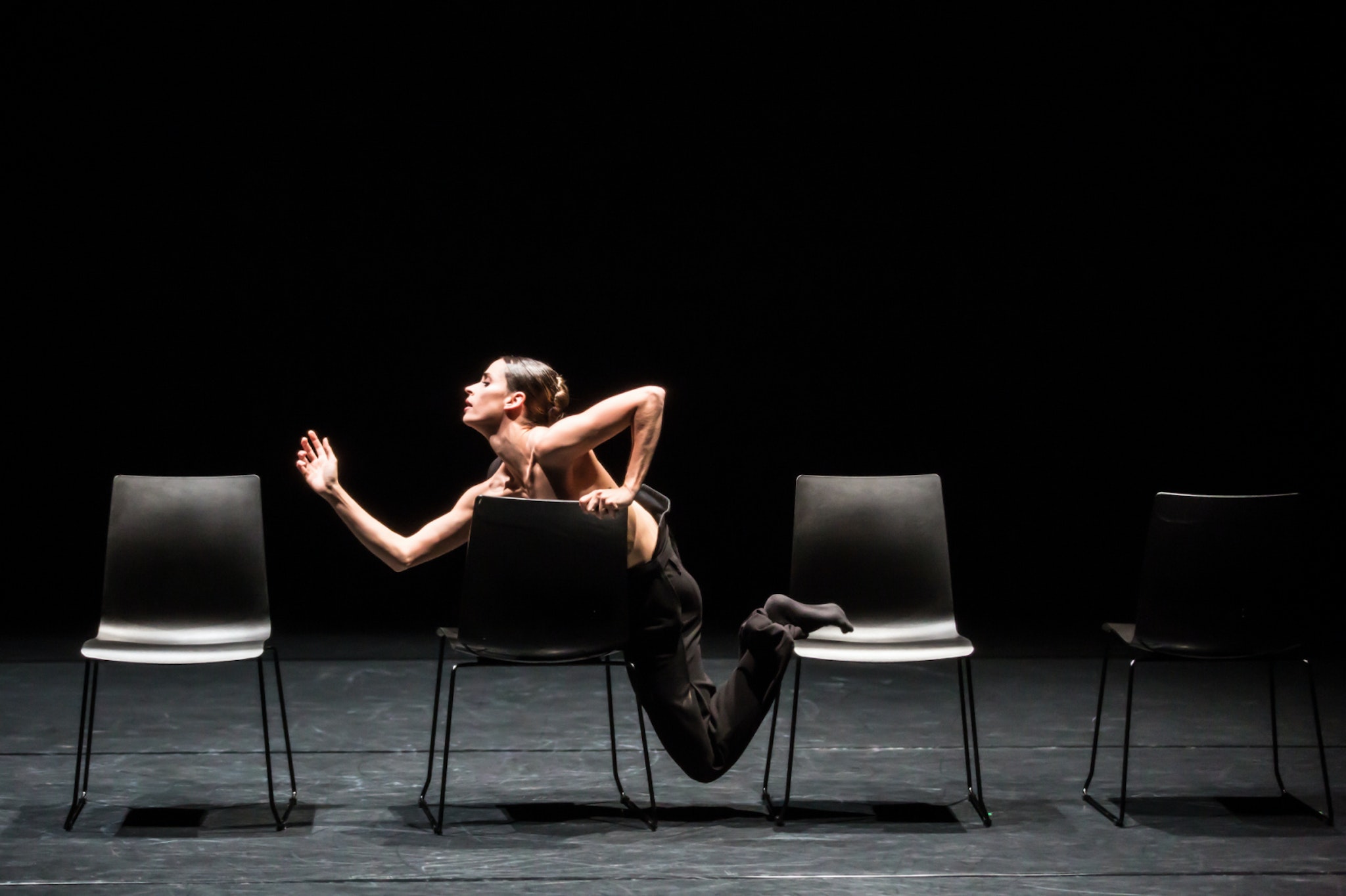 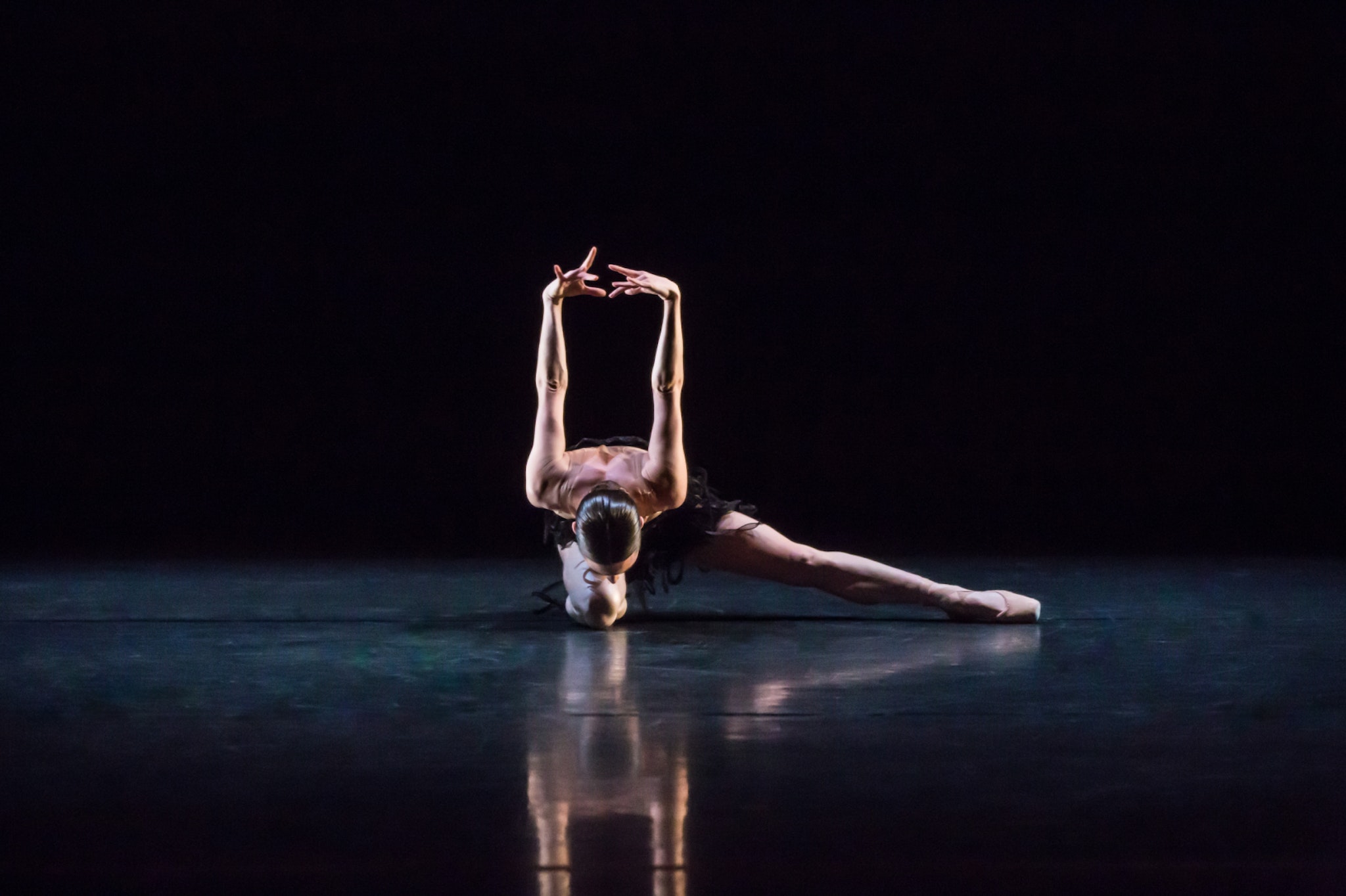